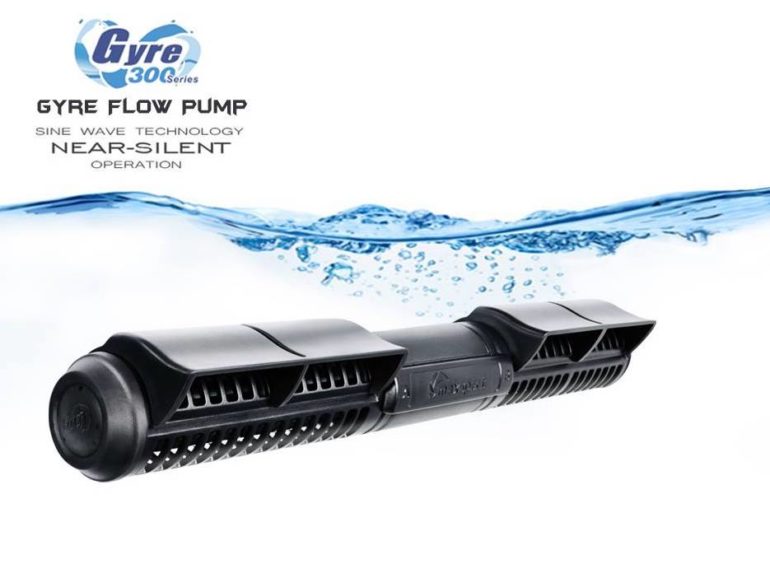 Sine Wave Technology:
The gyre generators excel in moving water from one side to the other of the aquarium.
Due to its cross-flow technology, the Gyre allows a uniform distribution of the flow, avoiding dead zones in the aquarium. 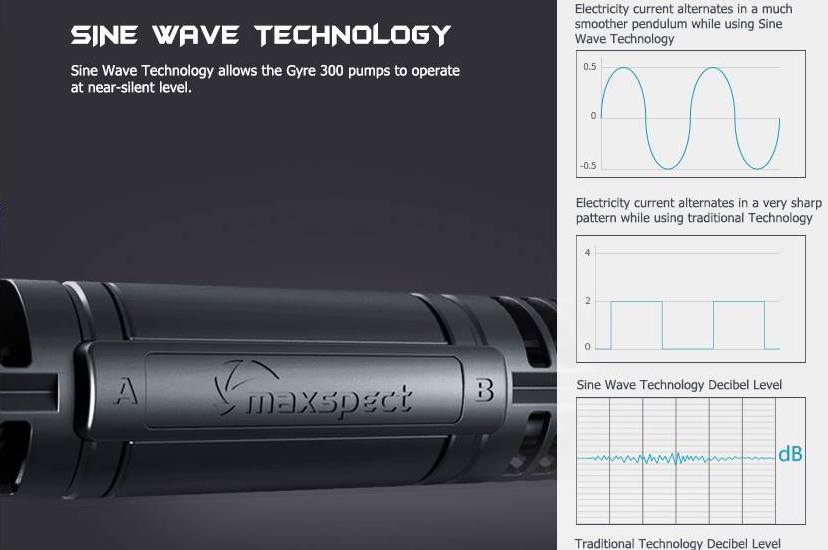 The new flow director:
Thanks to its cross-flow technology and its flow director, the Gyre 300 Series distributes water flow evenly and precisely to any part of the aquarium, thus avoiding dead zones.

With the flow director, the Gyre pump can be positioned closer to the surface of the water, thus reducing the effects of breakage with the water surface and preventing the formation of vortexes. 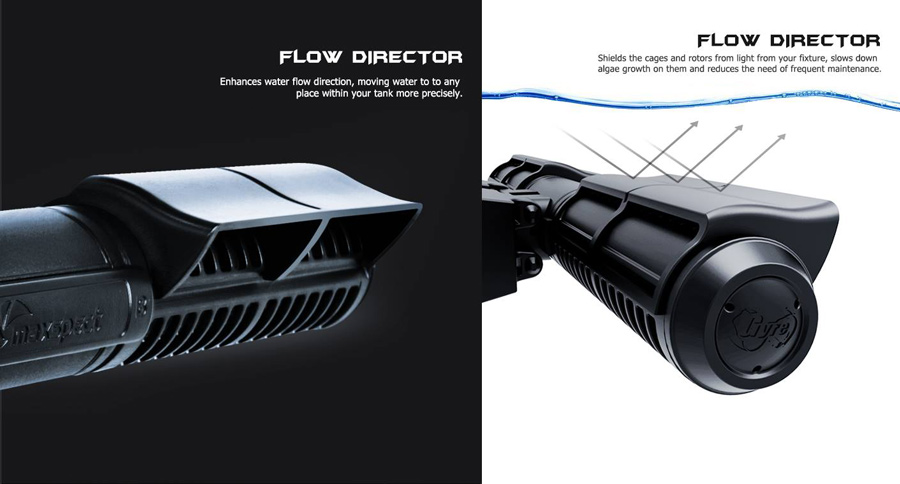 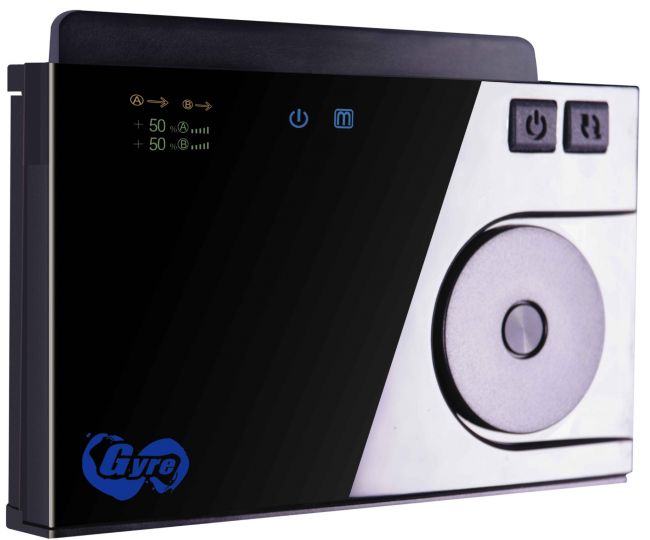 Custom Wave Modus:
The new “Custom Wave” mode allows users to very easily setup up to 3 different water movement modes which will be cycled through one after the other. 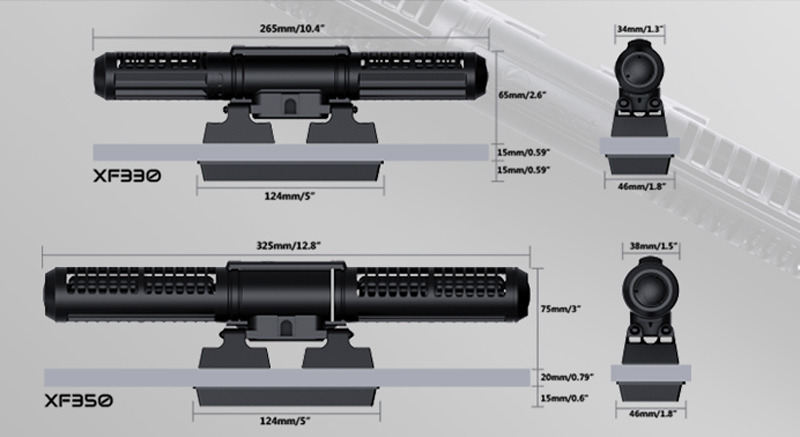